More than four thousand women from 22 countries of WAD gathered from July 29 to August 3, 2019 in Kumasi, Ghana. 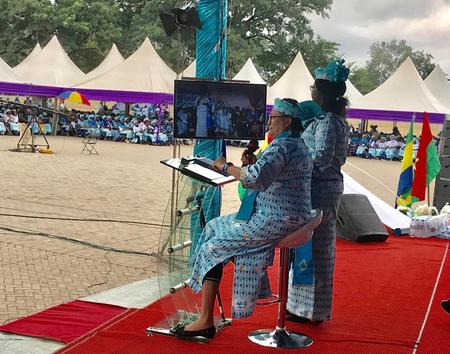 The prestigious Kwame Nkrumah University's stadium was the chosen venue for the congress. Besides the registered participants who came from various countries, thousands of other people joined the women under the theme umbrella "Saved to Serve". 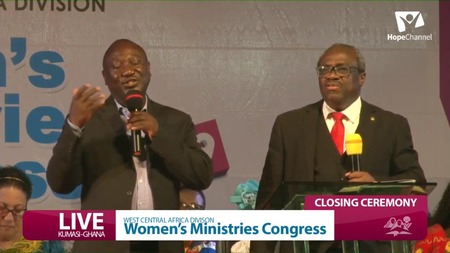 The  Parade of the Nations marked the opening ceremony in the presence of Ghanaian authorities and West-Central Africa Division (WAD) leadership. Each Union showed different clothes and dresses specific to their local culture. It was with joy and cultural dances. The colorful and rich variety gave a brilliant beam to the gathering. In the occasion the WAD Women Ministries led by Mrs Sessou Omobonike, the organizer of the congress launched a devotional book for the year 2020. The book entitled « Balm of Healing » is written by African women for African women. The Advent Press of Ghana produced it. 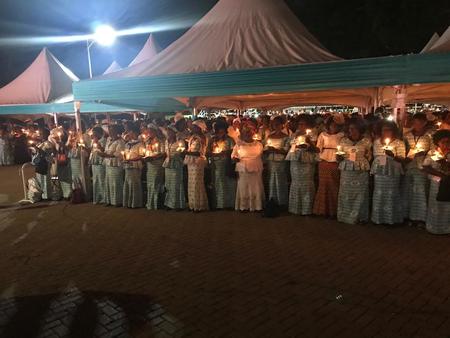 Spiritual reconnection was one of the key elements of this congress. The second day was dedicated to fasting and prayer. Many sessions of prayer punctuated the day. Every day the program starts with devotion and special the message of the Leaders from the General Conference. Mrs Heather Dawn Small, Women’s Ministries Director and Raquel Arraes, the Associate teamed up for a wonderful opportunity to reinforce communion with God. Besides and during the other days, the participants could attend more than 16 workshops on the subjects like Professional Career, Victims of Abuse, Women with kids, with the help of selected Facilitators. 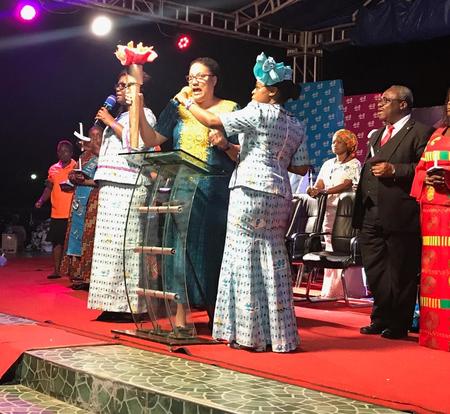 On Wednesday morning, 54 buses took all the participants outside the campus for Community Services. They were divided into two sections : 17 groups visited orphanages, hospital, prisons, rehabilitation centers and delivered food stuffs, books, Bibles, sewing machines and 36 groups went for the EndItNow advocacy. The groups visited homes and shops to campaign for the protection of women and house girls against violence. As Vida Linda Gyasi, the Women Ministries director in Northern Ghana Union Mission, the host Union would explain, "we have never experienced this kind of massive community service before". According to the organizers, the value of stuffs distributed amounted to more than 200,000 Ghana cedes (around 37,000 US$). It is also important to emphasize on the fact that some women held Evangelistic campaigns before the event on 22 sites. And they brought to baptism close to a thousand souls. 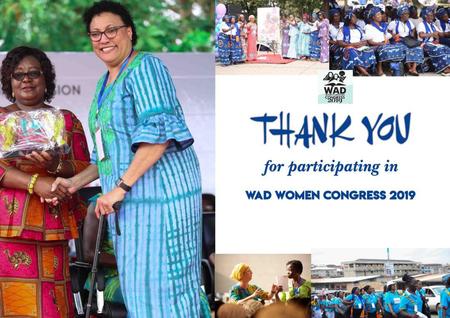 On Friday, there was a big Graduation ceremony with around 1,140 women who received their leadership certificate from the Griggs University and the Women's Ministries at the General Conference. Many testimonies were shared during the event to motivate and show how God is great. Mrs. Omodan Victoria from Nigeria  was very happy. According to her : "the highlight of the event is the  Graduation Ceremony as more than a thousand women received certificate. And I am impressed by the hospitality of the people in Ghana". 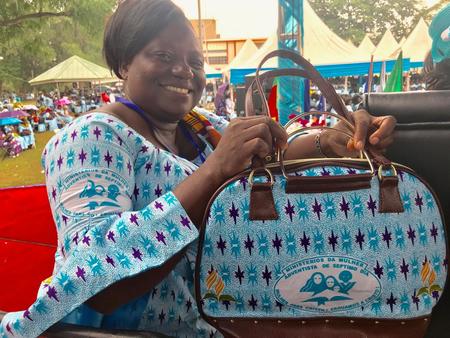 During all the six days, the participants could visit a representation of the Sanctuary near to the place of the event. It was an incredible experience to enter in such a model, with an imitation of the objects and details from the real Tabernacle.

The sabbath was special with beautiful and uplifting songs of women’s and choirs. The assembly received a special message on the Congress theme: "Saved to Serve by grace". Sister Heather Dawn, GC Women’s Ministries Director was the channel God used to move hearts toward the Mission and the Master. The afternoon program was dedicated to tributes and special thanks to stake holders who cooperated for the success of the event.

The leader of this Congress Mrs Omobonike Sessou, WAD Women Ministries Director was very dedicated with her team, though she had a new baby two weeks before the event, she worked hard for the success of the program. As the ceremony was closing Mrs Sessou expressed her gratitude to the GC Leaders. And after the consecration message of Pr Elie Weick, WAD President, the Leaders of event shared the light to each person with a candle. Many lights shone in the night and dispelled darkness.