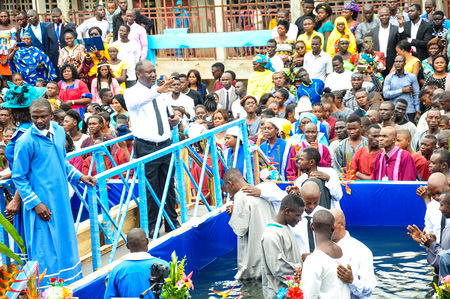 It is after the evangelistic campaigns held on more than 1,200 sites in the Central-South Cameroon Conference. The solemn closing ceremony took place on August 10, 2019 at the Djoungolo 2 campus in Yaoundé.

More than 3,000 people came from Yaoundé and surrounding areas for the big baptism ceremony at the Yaoundé Adventist College gymnasium. This morning of Saturday, August 10, 2019 was nothing ordinary. Traffic in the Bata Nlongkak area was disrupted. The national police and gendarmerie had to reinforce the security measures because of the mobilization. 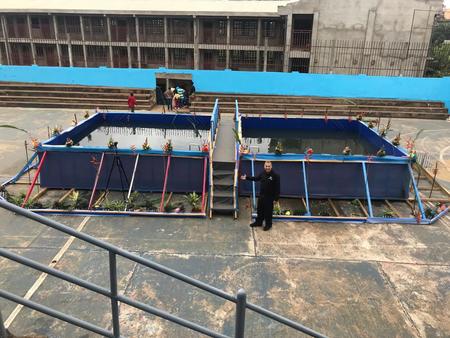 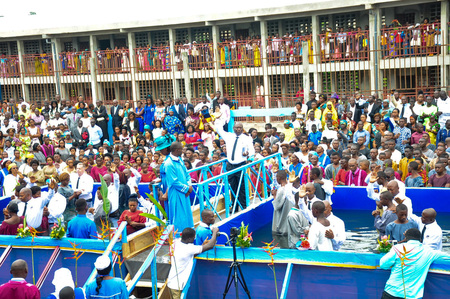 One passerby asked another, "What is happening in the Adventist campus?” They will soon know what is happening. Banners and roll-ups display the essential information. Tents and chairs, giant LED screens and loudspeakers, logistics and everything are ready to welcome thousands of members and 265 candidates from different sites. The national media settled down. The communications team of the West-Central Africa Division (WAD) headed by Pasteur Koch Irineo has covered this major event launched since July 28, 2019.

Three highlights marked this day. The first: Pastor Same Vincent Roger, Director of Personal Ministries and Evangelism for WAD, presided the donations ceremony as part of Adventist Community Service. The Blind people received one hundred white canes; the orphans got about a hundred school kits and the 26 children on Nachtigal Street received food stuffs (rice, canned sardines, tomatoes, cooking oil ...) and Bibles. The head of street children, Alain Tchuente, was deeply touched when he said: "There is still hope for us. And it is thanks to the men of God like you who motivate us that we believe that nothing is yet lost.” Pastor Assembe Valère, president of the Adventist Church in Cameroon prayed for these people and for peace and unity in Cameroon. 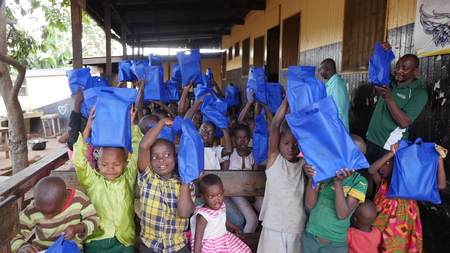 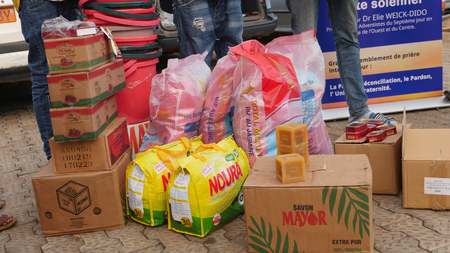 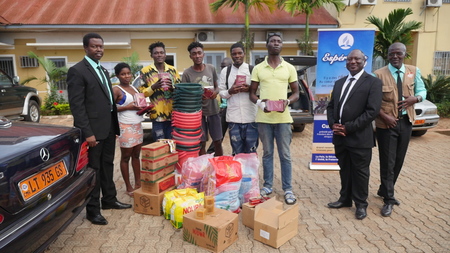 The second highlight was the ceremony of baptism. About forty pastors dressed in white TMI (Total Member Involvement) shirts, black ties, with radiant faces, went inside the movable baptisteries. They plunged 265 people among whom about ten people who followed the campaigns on the radio "It is Written". In the midst of shouts of rejoicing, Pasteur Meting Jean Pourrat, director of Evangelism in Cameroon, all smiles, said: "We bless God for this great achievement” His collaborator at the Central South Cameroon, Pastor Mbop Ackok Rene Blaise was grateful: "We thank God for the involvement of the members and their sacrifices. " 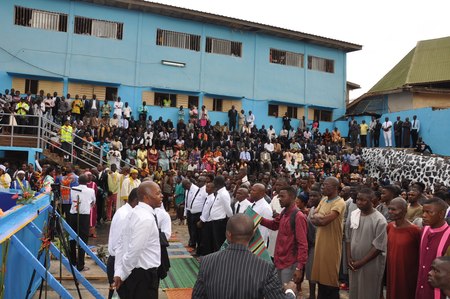 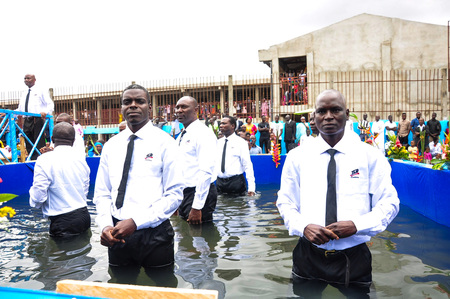 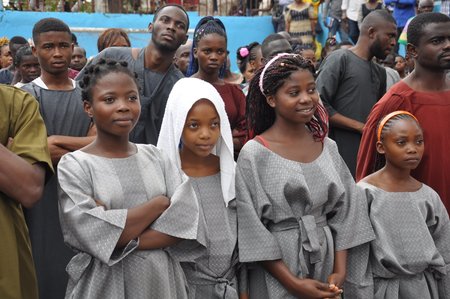 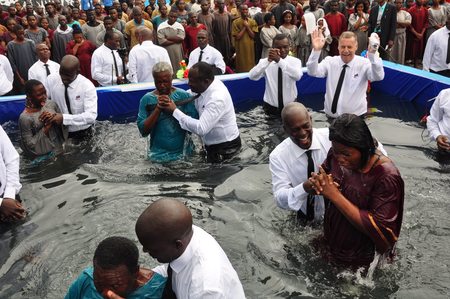 It was already 2:45 pm and the solemn worship should be held. Dr. Elie Weick-Dido, WAD president, expected in Yaoundé since the previous day has experienced flight problems. The aircraft grounded in Libreville for mechanical reasons. He will succeed in arriving in Yaoundé, but very late at night. Pastor Same Vincent delivered a message of comfort and victory to the newly baptized and the host of worshipers who stayed to the end. "You said yes to Jesus. Do not leave for Satan. Do not go back! " he said.

At the end of the celebration, the newly baptized shared a meal with the community. The Central South Cameroon Conference, which hosted this major campaign, will continue the monitoring and prepare for an upcoming mobilization in February 2020. The seed of hope has been planted. It must now be watered.